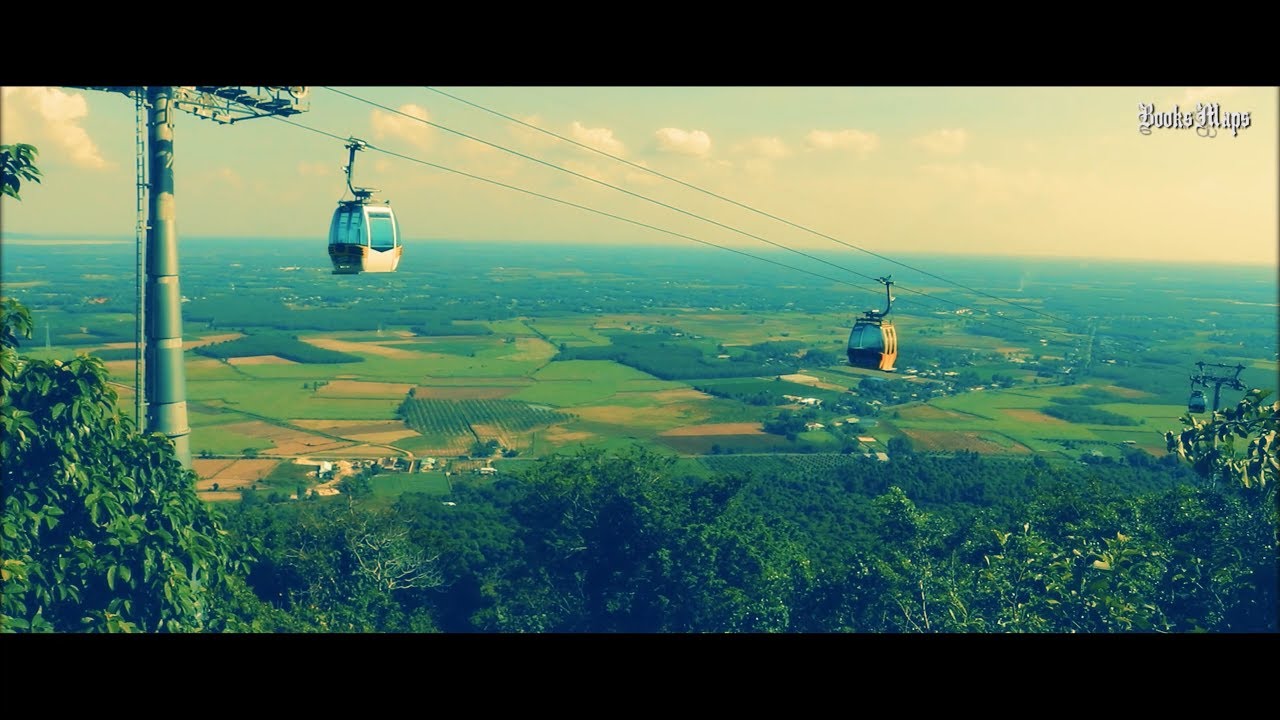 Black Virgin Mountain (Vietnamese: Núi Bà Đen meaning “Black Lady Mountain”, Khmer: Phnom Chol Baden) is a mountain in the Tây Ninh Province of Vietnam. To the Vietnamese the mountain is the center of a myth about Bà Đen, a local deity of Khmer origin. During the Vietnam War the area around the mountain was very active as the Ho Chi Minh Trail ended a few kilometers west across the Cambodian border. As such there were many battles and American and Vietnamese soldiers based in the region remember the prominent landmark. After the war the mountain turned from a battleground to being famous for its beautiful temples and theme park.
Variations of the legend of Núi Bà Đen exist. The oldest Khmer myth involves a female deity, “Neang Khmau” who left her footprints on the mountain rocks. The Vietnamese myth centers around a woman, Bà Đen, falling in love with a soldier and then through betrayal or suicide Bà Đen dies on the mountain. It has special significance to the Vietnamese Buddhist population and has a famous shrine about two thirds of the way up the mountain. Also, to the Cao Dai sect the mountain has special religious significance and its temple, the Tay Ninh Holy See, is close to the mountain.